This Is How We Have Always Done It 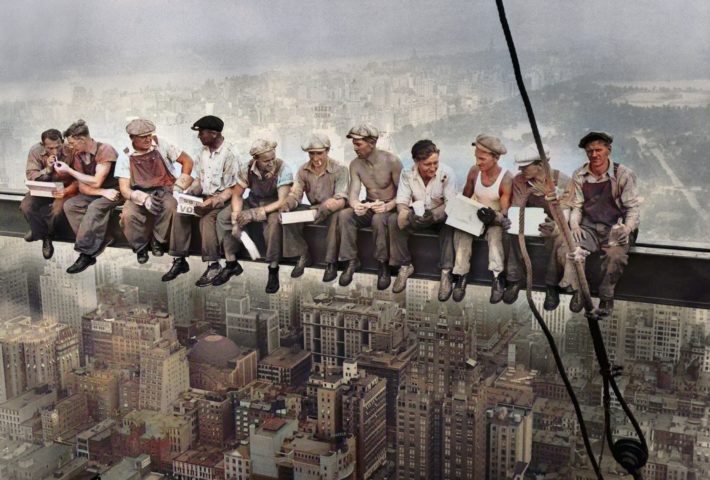 Escaping the “This Is How We Have Always Done It” Mindset

Not all that long ago, when I was just a young apprentice, I was working for a guy who had been around for a long time. He was a smart guy and good foreman, just a little old-fashioned. We were having trouble with a tough wire pull, and we had tried the same method of pulling the wire in over and over, with no success.

Finally, I spoke up with a new idea – something that I thought might help us get done and let all four of us move on to another task. My foreman cut me off, and in a lighthearted but dead-serious way, told me, “When I was an apprentice, we kept our mouths shut and did what our journeyman said without question. Even if his idea was stupid, we did it anyway.”

That day has stuck with me ever since, an ever-present reminder that there is always room for constant improvement. How many times have we heard someone say, “This is how we have always done it,” “Don’t rock the boat,” or “If it ain’t broke, don’t fix it”? I’ve worked around too many people with this type of mindset.

Breaking the Mindset of a Stubborn Culture

As a young guy coming up through the electrical trade, I noticed that most people were content with doing our job the way it had always been done. Many were very resistant to change and opposed to any new ideas. Pre-fab was a big target for these guys because it has long been a big part of the way we reduced waste on our projects. Often, pre-fab items were greeted with negativity and even ignored by some who claimed they could do their job faster the old-fashioned way.

I was surrounded by a stubborn culture that was comfortable with the way things were and had always been, never realizing that the industry was changing and leaving us behind. I always felt there had to be a better way to do things that would be more efficient and productive. Far too often, we were being reactive to the issues on the job, instead of proactive.

Fortunately, I work for a contractor who embraces progressive ideas. We were incorporating “Lean” concepts long before I had ever heard the term. It didn’t take long for me to advance to a position where I was finally able to do things in ways that I always knew could be better. However, getting all of our projects’ other trade partners on board with new ideas was always a challenge. No matter how well I planned my tasks, or how well I coordinated with other trades and general contractors, most people were still building projects the way they always had.

Over the past three years, I’ve had a first-hand opportunity to see Lean construction put to use and witness the difference it can make on a project. When everyone puts aside the old mindset of doing things like we always have, and works together as a team to find ways for constant improvement, everything runs so much smother.

I have seen people with decades of experience greet Lean construction with negativity, then shift to embracing its concepts once they realize the improvements it can make on a project. No longer do we feel like it is “us against them.” Everyone involved on a project is part of the team. The general contractor values our experience and knowledge of our specific trades. This leads to more production, better morale, reduced waste and a better finished product.

Keep an open mind to new ways of doing things, look for ways to reduce waste, and maybe even listen to what that young apprentice has to say. You might be surprised what you can learn from a fresh point of view.

Toby Bradley has been with Fisk Electric Company for 13 years and has served as General Superintendent over all Cook Children’s Health Care System main campus projects for the past three years. He specializes in healthcare facilities ranging from half a million square foot new construction to small, detailed remodels in occupied hospitals. Bradley graduated from the IBEW Local Union 20 Apprenticeship School in 2012 before moving on to be foreman and general foreman on various Cook Children’s and UT Southwestern Healthcare projects, as well as multiple worship centers. He has been a leader in the adoption of Lean construction practices within his local branch.