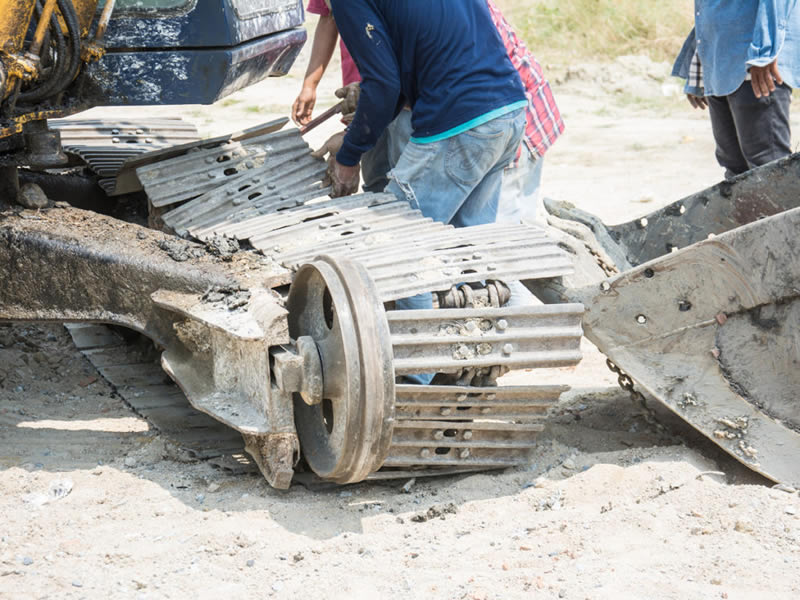 The 5 Whys is a technique used in Lean root cause analysis that helps to determine the root cause of a problem. Here is an example of The Five Whys in a construction situation.

Several years ago I started a project on a greenfield site, but my excitement for the new project was short-lived because of all the rain we were experiencing. It was early spring, and the rain just would not let up. When we finally got a break in weather, we were ready to start on earthwork—but then our contractor’s equipment broke down. He spent a day and a half trying to fix it onsite, then took another day to swap it out with a functional piece of equipment. Just as he was finally ready to get started the rain returned for another week, and we lost even more critical time in the schedule.

I was beyond frustrated—and not just because of the time lost, but because the attitude around the jobsite was lackadaisical about the situation. “These things happen, it’s just part of the business,” I was told. I was early in my Lean journey and had just learned about a method called “Five Whys” at my local Lean Construction Institute Community of Practice.

What are the 5 Whys?

Here is my layman’s version of “the Five Whys”: when experiencing a frustrating issue onsite, ask “Why” five times to get to the real root cause of the problem. Sounds annoying, right? Well, here is what happened. After our morning safety meeting, I pulled our earthwork trade partner to the side and asked him the following string of questions.

Earthwork trade partner: Yeah, you know why, my excavator broke down.

Earthwork trade partner: (Pissed off) What the hell’s your problem? I don’t know, something about the alternator belt. It broke.

Earthwork trade partner: Listen, Columbo, my patience is running thin with you and your damn questions!

Me: Call your office. I want to know if the equipment had been maintained according to the recommended service schedule.

It turns out it wasn’t—by a few years, or more. I asked for maintenance records for all equipment onsite. It turns out that quite a bit of the equipment hadn’t been serviced per the manufacturer’s recommendations. When Friday came, I had all equipment removed from the project and only allowed it back onsite once it had been serviced. I wasn’t trying to be a hard-ass, and I’m not saying that we never had any other problems with equipment breaking down. What I am saying, though, is that it’s important to really understand the root cause of the issues that come up on your jobsite. By figuring out what those are, you may uncover processes that aren’t working right (or don’t exist at all). Give the “Five Whys” a shot and see if it reduces waste on your jobsite.

For more from Keyan, see The Lean Builder – A Builder’s Guide to Applying Lean Tools in the Field or Connect with Keyan on LinkedIn.

Keyan is a longtime Lean enthusiast and advocate with a curiosity for how Lean processes and tools can improve teambuilding and teamwork in construction. As Skiles Group’s CEO, Keyan is responsible for driving corporate growth and guiding the company’s strategic direction while maintaining a dual focus on client service and nurturing a progressive company culture. With an emphasis on technological advancement, continuous improvement, and innovation in construction, Keyan shepherds the firm’s commitment to improving project delivery processes via Lean Construction and Lean project planning initiatives. He is the co-author of The Lean Builder: A Builder’s Guide to Applying Lean Tools in the Field, which simplifies and clearly articulates the benefits of seven primary Lean concepts, and delivers them in a highly-relatable, immediately-applicable, and field-friendly manner. Keyan also serves as Chairman for Smart Safety, an award-winning crisis management communication and emergency response tool.